Looks like a FASTNET ROCK!! Ciaron & David loved her! 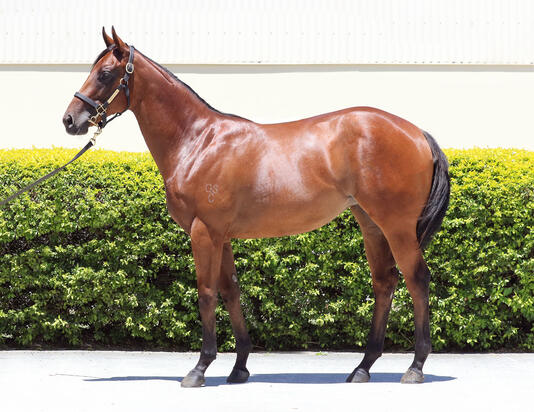 The breaker has rapped her to me and Ciaron…..see his video he has sent to me as well.

CIARON MAHER & DAVID EUSTACE loved this filly...easy to see why!

It’s a family of massive Black type as you can see…..

Sires such as SMART MISSILE who was a gun racehorse and NORTHERN METEOR who was a fabulous 3yo winning the Gr 1 Coolmore at Flemington and the sire of terrific stallions such as ZOUSTAR, SHOOTING TO WIN, DEEP FIELD as well as other stallions such as EUROZONE & FIGHTING SUN.

And she is by the most heralded stallion of the recent era in FASTNET ROCK…..the fact that she looks like a progeny of FASTNET ROCK is very exciting and shows that she has thrown to the mares side of the family which as mentioned has prolific Black Type horses.

Should this filly gain Black Type she will be worth terrific residual value as a broodmare at the end of her career.

From a breeding point of view she has the much sought after Northern Dancer (Danzig) x Star Kingdom (Bletchingly) cross…a cross major & successful breeders often look for as it’s been an incredibly successful cross over the past 30 odd years.